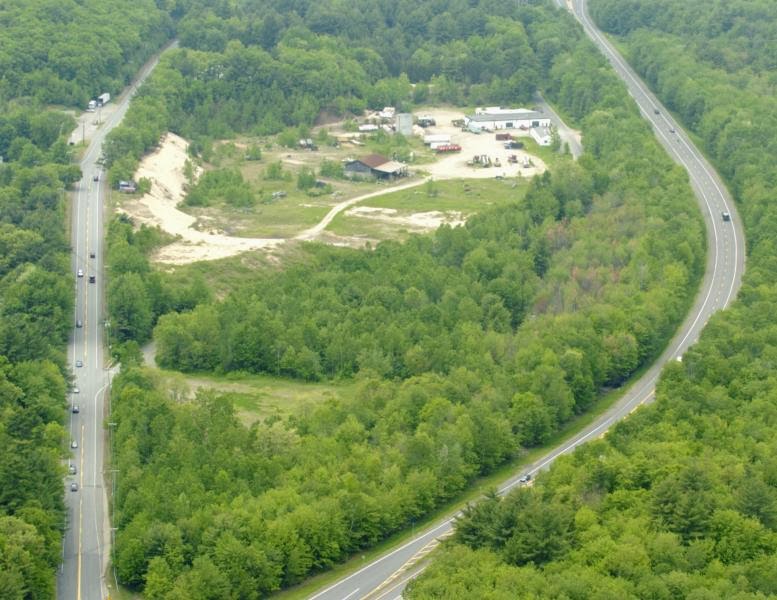 In the Spring and Summer of 1964, amateur archeologist George Nelson was astonished.
Originally given permission by Peter Mackin to search for Native American artifacts in Mackin's sand and gravel pit in Greenfield MA, Nelson could not have imagined what he would discover.

During the course of several months, Nelson saw the unearthing of what appeared to be Native American burials during the daily excavations for sand and gravel.  He then witnessed human skulls and skeletal remains being bulldozed into the swampy ground of White Ash Swamp across the road.  In a gruesome tale cited in Nelson's affidavit below, Native American remains were being unceremoniously dumped daily in a swamp in the project to widen Highway 2.

This began decades of effort to protect and preserve the last remaining undeveloped piece of Wissatinnewag, the ancient Native American village on the Connecticut River at the Great Falls. Through the leadership of Monique Fordham and Howard Clark and the hard work of many dedicated volunteers, Friends of Wissatinnewag, a non-profit founded to purchase the land, successfully acquired 61 acres of the Mackin Property in 2001.

But now, a dozen years later, the work continues.

With Wissatinnewag now under our stewardship, Nolumbeka Project is seeking to permanently protect the remains of the Ancestors at White Ash Swamp.  As part of that effort, in October, 2013, Nolumbeka Project Senior Researcher/Archeologist Howard Clark approached the Town of Greenfield Appointments and Ordinance Committee.  His efforts led to the passing of a draft ordinance protecting Native American burials and re-burials by the committee on November 4, 2013 with the recommendation of its passage by the Town Council.

Finally, in a historic vote the Greenfield Town Council approved a Native American Burial Ordinance on May 21, 2014.  Although this will, hopefully, prevent the reoccurrence of this type of tragedy, there is no guarantee that this will legally prevent the development of the White Ash Swamp site.

So, our work continues.

Nolumbeka Project has now incurred significant legal expense in our efforts.   We seek the support of those interested in this attempt to prevent further desecration of the re-burials at White Ash Swamp.  (Donate Now!)

Read Nelson's chilling account in his own words in the affidavit  below: 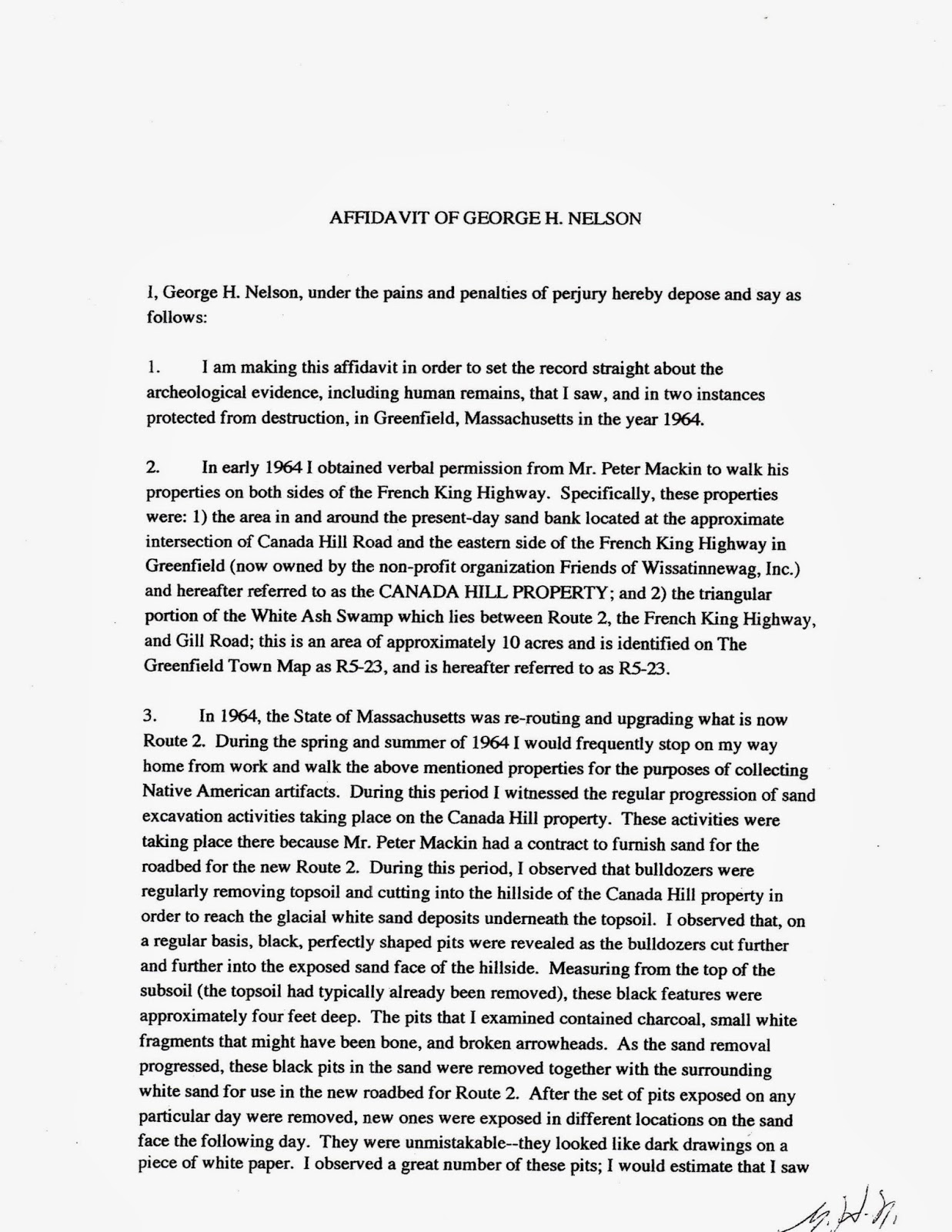 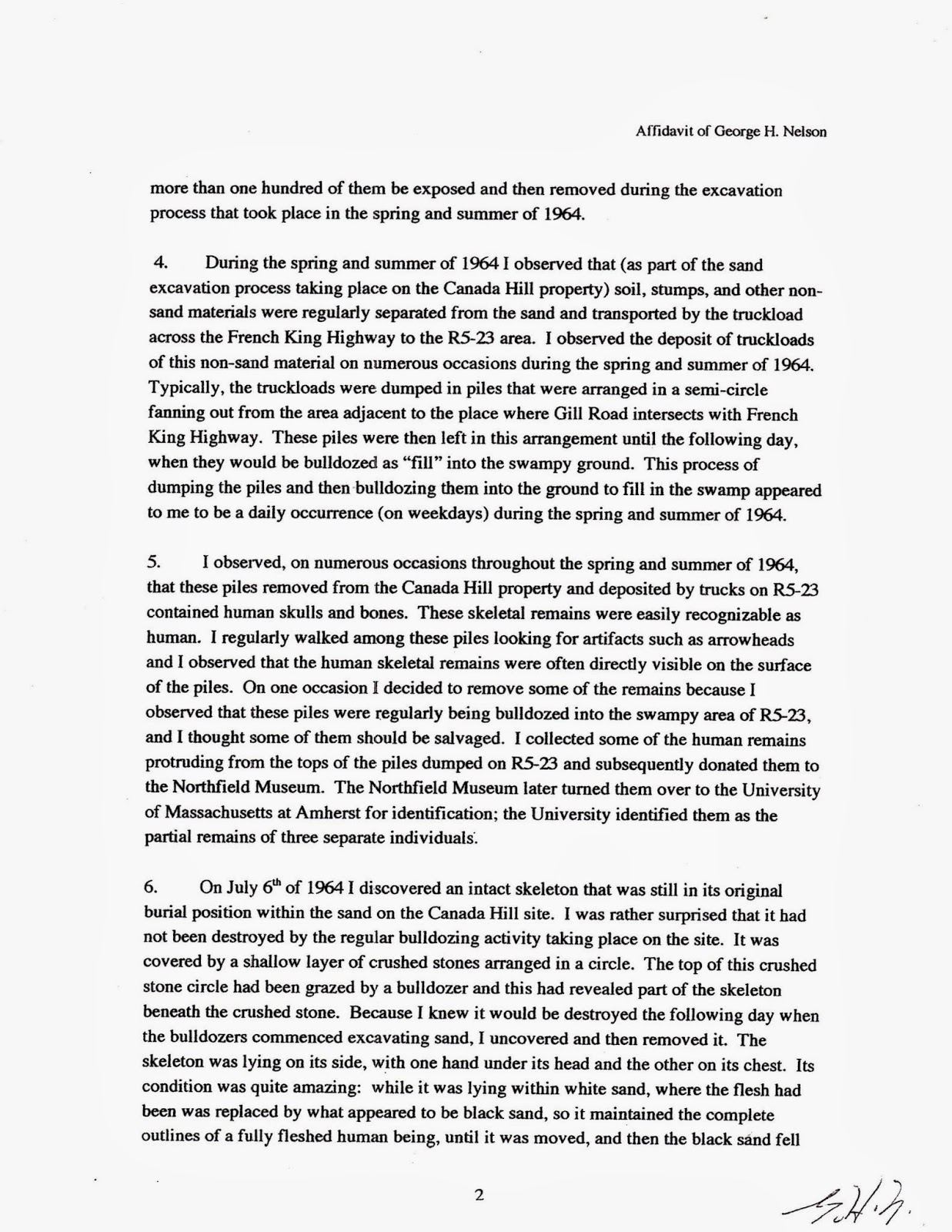 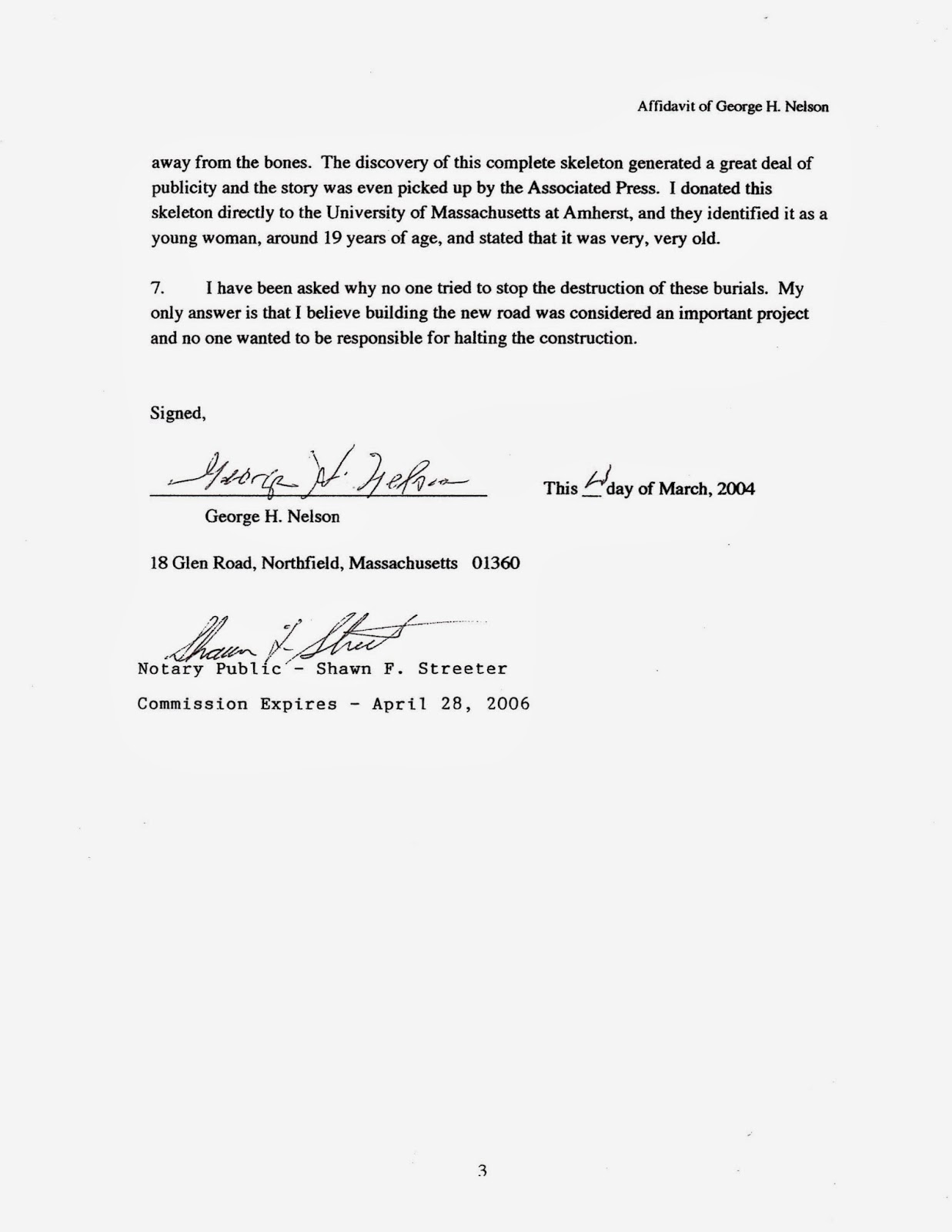 You Can Make a Difference!

Make a tax deductible donation either through credit card or PayPal here: